While growing up in Arizona, we were taught by our parents and grandparents that owning a home is a great financial move. They explained how as you pay down a home loan it is like a “forced savings plan.” When you pay rent, that money is lost forever. When you make a mortgage payment, much of that money accumulates as equity in the home. So, what exactly is equity?

Search for home for sale in Sun City Grand

The equity in your home is the amount of money you can sell it for minus what you still owe on the mortgage. Every month you make a mortgage payment, and every month a portion of what you pay reduces the amount you owe. That reduction of your mortgage every month increases your equity.

Find out how much equity you have in your Arizona home.  We have a quick 3 question webpage that will help you.

A recent study by CoreLogic explained that homeowners gained substantial equity over the last twelve months, and are essentially sitting on large sums of cash in their homes. In the study, Frank Nothaft, Chief Economist for CoreLogic explained: 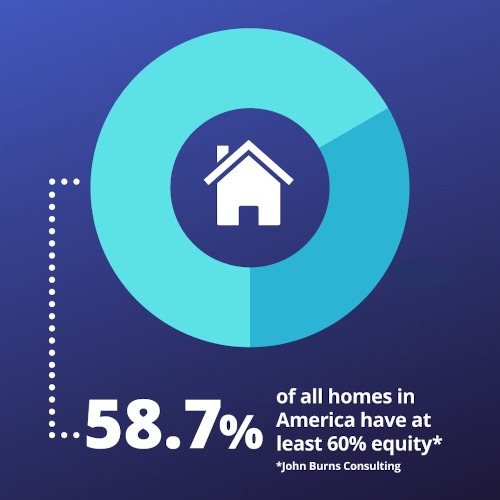 For most families in 2020, their home is their largest financial asset. This increase in equity drives the net worth, or family wealth, of the homeowner. Renters are not earning that benefit. Instead, they’re building the net worth of their landlord.

Home price growth will moderate during the pandemic. But once a cure is available, most experts agree that home values will again begin to appreciate at levels similar to what we’ve seen over the last several years. In the long run, our family elders will be proven correct: owning a home is a savvy financial move.

Housing Market Positioned to Bring Back the Arizona Economy

All eyes are on the Arizona economy. As it goes, so does the American economy. With states beginning to reopen, the question becomes: which sectors of the economy will drive its recovery? There seems to be a growing consensus that the Arizona housing market is positioned to be that driving force, the tailwind that is necessary to get Arizona moving again.

Some people may question that assertion as they look back on the last recession in 2008 when housing was the boat anchor to the economy – holding it back from sailing forward. But even then, the overall 2008 economy did not begin to recover until the real estate market started to regain its momentum. This time, the housing market was in great shape when Covid-19 hit.

“Many still bear scars from the Great Recession and may expect the housing market to follow a similar trajectory in response to the coronavirus outbreak. But, there are distinct differences that indicate the housing market may follow a much different path. While housing led the recession in 2008-2009, this time it may be poised to bring us out of it.”

Fleming is not the only expert economist who believes this. Last week, Dr. Frank Nothaft, Chief Economist for CoreLogic, tweeted:

“For the first 6 decades after WWII, the housing sector led the rest of the economy out of each recession. Expect it to do so this time as well.”

And, Robert Dietz, Chief Economist for the National Association of Home Builders, in an economic update last week shared:

“As the economy begins a recovery later in 2020, we expect housing to play a leading role. Housing enters this recession underbuilt, not overbuilt…Based on demographics and current vacancy rates, the U.S. may have a housing deficit of up to one million units.”

One of the biggest questions home owners in Arizona seem to be asking these days is: When are we going to start to see an economic recovery? As Arizona begins to slowly reopen, moving forward in strategic phases, business activity will help bring our nation back to life. Many economists indicate a recovery should begin to happen in the second half of this year. Here’s a look at what some of the experts have to say.

So, in the long run, I would say the U.S. economy will recover. We’ll get back to the place we were in February; we’ll get to an even better place than that. I’m highly confident of that. And it won’t take that long to get there.”

Nonpartisan Analysis for the U.S Congress

“The economy is expected to begin recovering during the second half of 2020 as concerns about the pandemic diminish and as state and local governments ease stay-at-home orders, bans on public gatherings, and other measures. The labor market is projected to materially improve after the third quarter; hiring will rebound and job losses will drop significantly as the degree of social distancing diminishes.”

“I think we need to prepare for a more gradual recovery while we hope for that quicker rebound.”

Phoenix Arizona is certainly not out of the woods yet, but clearly many experts anticipate we’ll see a recovery starting this year. It may be a bumpy ride for the next few months, but most agree that a turnaround will begin sooner rather than later.

During the planned shutdown, as the economic slowdown pressed pause on the nation, many potential buyers and sellers put their real estate plans on hold. That time coincided with the traditionally busy spring real estate season. As we look ahead at this economic recovery and we begin to emerge back into our communities over the coming weeks and months, perhaps it’s time to think about putting your real estate plans back into play.

The experts note a turnaround is on the horizon, starting as early as later this year. If you paused your 2020 real estate plans, let’s connect today to determine how you can re-engage in the process as the country reopens and the economy begins a much-anticipated rebound.

Great piece! Thanks for sharing.