Economic Recovery | What The Experts Think 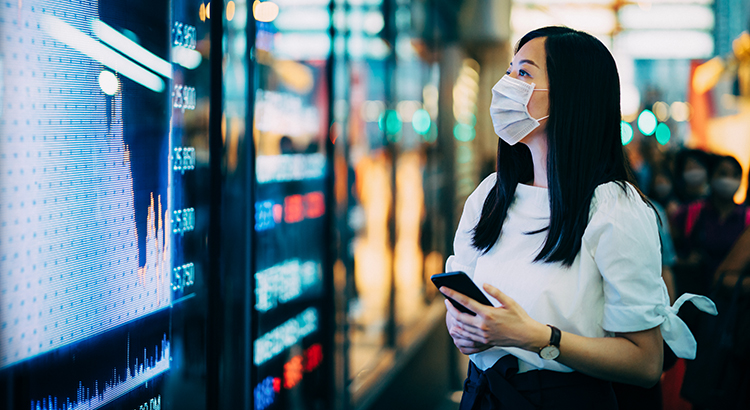 Earlier this year, many economists and market analysts experts were predicting an apocalyptic financial downturn that would potentially rattle the U.S. economy for years and years. They immediately started to compare the economic recovery to the Great Depression of a century ago. Six months later, the economy is still trying to stabilize in Arizona, but it is evident that the country will not face the total devastation projected by some. As we continue to battle the pandemic, forecasts are now being revised upward. The Wall Street Journal (WSJ) just reported:

“The U.S. economy and labor market are recovering from the coronavirus-related downturn more quickly than previously expected, economists said in a monthly survey.

Business and academic economists polled by The Wall Street Journal expect gross domestic product to increase at an annualized rate of 23.9% in the third quarter. That is up sharply from an expectation of an 18.3% growth rate in the previous survey.”

What Shape Will the Recovery Take?

Economists have historically cast economic recoveries in the form of one of four letters – V, U, W, or L.

A V-shaped recovery is all about the speed of the recovery. This quick recovery is treated as the best-case scenario for any economy that enters a recession. NOTE: Economists are now also using a new term for this type of recovery called the “Nike Swoosh.” It is a form of the V-shape that may take several months to recover, thus resembling the Nike Swoosh logo.

A U-shaped recovery is when the economy experiences a sharp fall into a recession, like the V-shaped scenario. In this case, however, the economy remains depressed for a longer period of time, possibly several years, before growth starts to pick back up again.

A W-shaped recovery can look like an economy is undergoing a V-shaped recovery until it plunges into a second, often smaller, contraction before fully recovering to pre-recession levels.

An L-shaped recovery is seen as the worst-case scenario. Although the economy returns to growth, it is at a much lower base than pre-recession levels, which means it takes significantly longer to fully recover.

Many experts predicted that this would be a dreaded L-shaped recovery, like the 2008 recession that followed the housing market collapse. Fortunately, that does not seem to be the case.

The same WSJ survey mentioned above asked the economists which letter this recovery will most resemble. Here are the results: 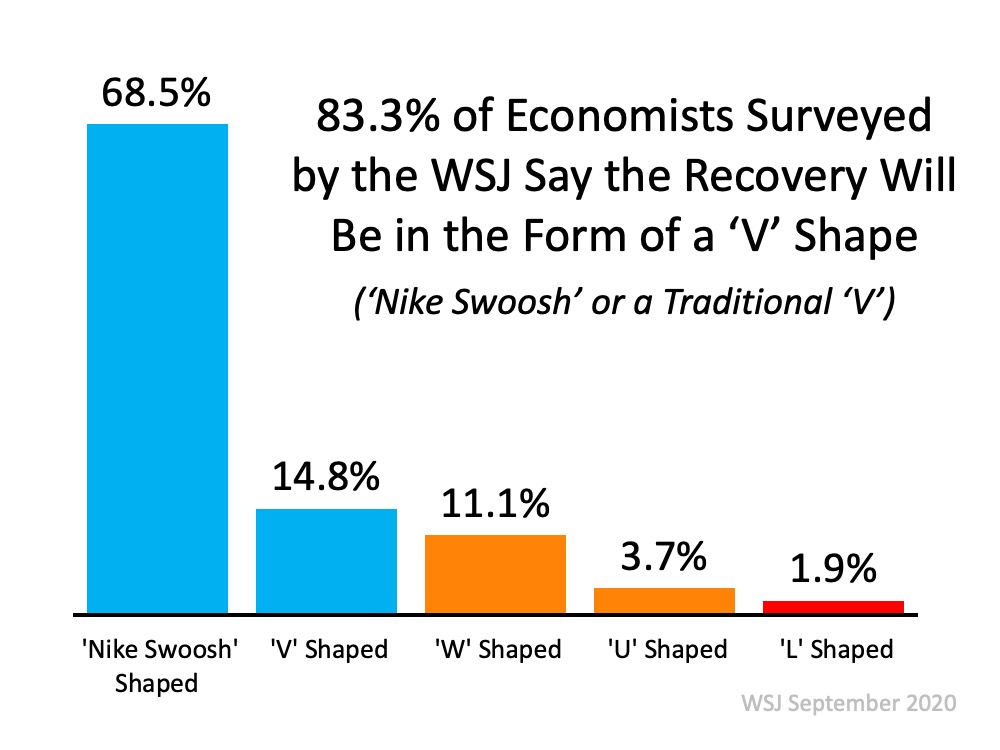 What About the Unemployment Numbers?

It’s difficult to speak positively about a jobs report that shows millions of Americans are still out of work. However, when we compare it to many forecasts from earlier this year, the numbers are much better than most experts expected. There was talk of numbers that would rival the Great Depression when the nation suffered through four consecutive years of unemployment over 20%.

The first report after the 2020 shutdown did show a 14.7% unemployment rate, but much to the surprise of many analysts, the rate has decreased each of the last three months and is now in the single digits (8.4%).

Economist Jason Furman, Professor at Harvard University's John F. Kennedy School of Government and the Chair of the Council of Economic Advisers during the previous administration, recently put it into context:

“An unemployment rate of 8.4% is much lower than most anyone would have thought it a few months ago. It is still a bad recession but not a historically unprecedented event or one we need to go back to the Great Depression for comparison.”

The following table shows how the current employment situation compares to other major disruptions in our economy: 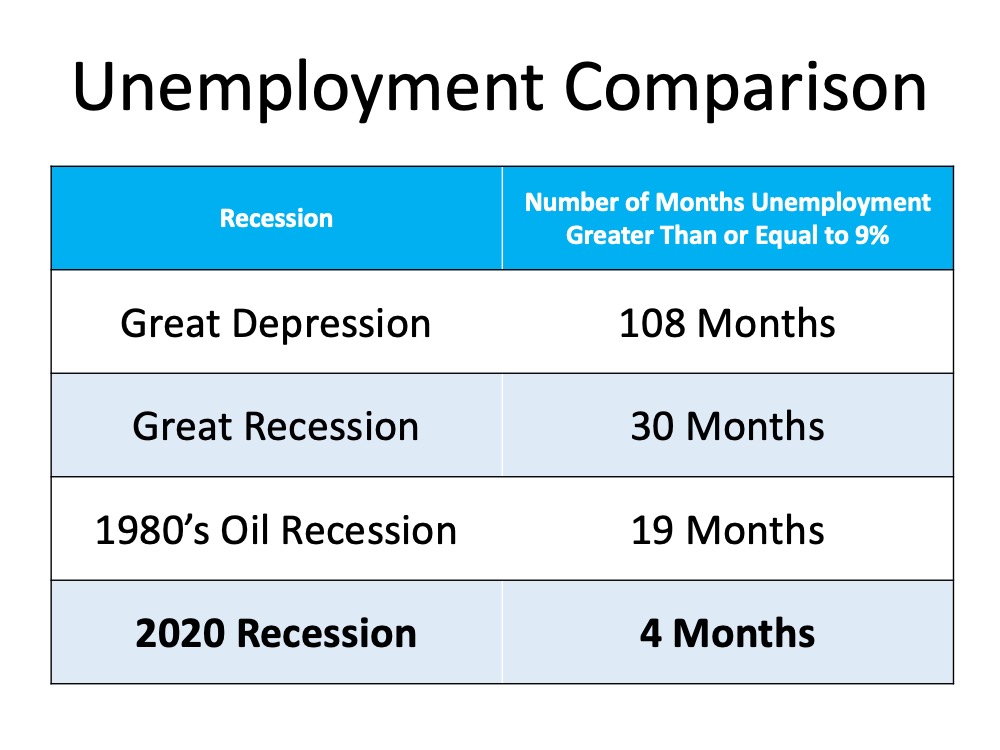 The economic recovery still has a long way to go. So far, we are doing much better than most thought would be possible.

I do a lot of commercial real estate investing but often blogs are overcomplicated when discussing finance and the economy. I Love your simple breakdown of the market. It's true the economic recovery is a long way off but it is in progress!